Along with a new branding campaign from Barclaycard to Barclays, the company has launched its latest credit card, “Barclays Arrival Premier.”

As the name suggests, this is a luxury travel credit card intended for those who, well, like to travel luxuriously.

Let’s see if it lives up to its name.

As with all my reviews, I usually open by talking about the sign-up bonus. Unfortunately, this new card from Barclays does not feature one. We’re off to a bad start here.

That’s right – there’s a $0 sign-up bonus associated with this new credit card, which will certainly turn off a large swath of the population.

Instead of earning a sign-up bonus, you can earn a spending bonus annually. Let’s hope other credit card issuers don’t follow Barclays lead here. It’d be smart though…

So your bonus with this card only comes after a year of consistent spending, but it appears to be ongoing year after year. That’s the tiny silver lining. 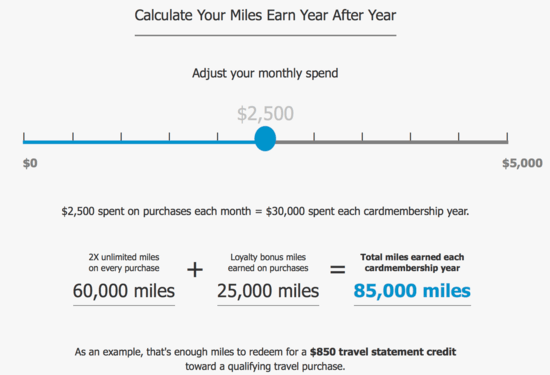 Aside from the reverse bonus, you also get two miles for every dollar spent using the Barclays Arrival Premier MasterCard.

You could then redeem those miles for an $850 travel credit, assuming you paid for some qualifying travel with the card.

If you choose to redeem for a cash back statement or gift cards, the redemption value gets cut in half. So you’ll need 5,000 miles for $25 in value.

Clearly travel redemption is the way to go, but there might be an even better use of the miles.

One exciting feature on this new credit card is the ability to transfer miles to leading frequent flyer programs, similar to Chase Sapphire Reserve and Amex Platinum.

Their airline partners include:

The list isn’t all that extensive, but it does give you another option to use your miles outside the normal redemption choices.

The downside is that the miles don’t transfer at a 1:1 ratio. Instead, Barclays miles transfer at a 1.4:1 ratio, which makes sense since you earn them at a 2X clip unlike Amex Membership Rewards and Chase Ultimate Rewards.

And Japan Airlines is a much worse 1.7:1 ratio.

Whether that would be good enough for a quality redemption is questionable.

What Else Does Barclays Arrival Premier Offer?

As you might expect on a premium travel rewards credit card, they waive the foreign transaction fees, which is nice but expected.

Additionally, you get the typical $100 credit for Global Entry every five years if you don’t already have it. It’s handy to use for someone else that might need it.

Then there’s membership to Lounge Key, which is inferior to Priority Pass but similar. The difference is as a member you still have to “pay as you go.” Each lounge visit will set you back $27 per person.

Finally, you can earn bonus miles if you participate on the Barclays Travel Community website.

In summary, it doesn’t seem like a big winner to me, and it’s certainly not as lucrative as the old Arrival Plus card was.

The first problem is the $150 annual fee, which isn’t waived the first year.

The second problem is the lack of a sign-up bonus.

The third problem is the fact that you need to spend all year to get any sort of bonus, and the bonus isn’t all that great assuming you do muster the minimum spend.

I don’t like the way Barclays is going with this reverse bonus seeing that all credit card issuers offer initial spending bonuses, not annual ones, especially when they’re charging an annual fee.

The Lounge Key program is also kind of nonsense seeing that they’re charging you to use the lounge. It’s barely a perk, especially since you’re paying an annual fee for this card.

Chase Freedom cash back calendar:
5% cash back (on up to $1,500 in combined purchases) at Amazon.com and on select streaming services.

Citi Dividend cash back calendar:
5% cash back (up to $300 cash back per calendar year) at drugstores and grocery stores.

Discover it cash back calendar: 5% cash back (on up to $1,500 in purchases) at gas stations and Target.