The plastic credit card is definitely under attack. While they’re not quite obsolete yet, they’re definitely endangered despite their continued ubiquity.

The advent of ApplePay and many subsequent challengers means fewer and fewer people will actually pull out their physical credit cards when it comes time to pay.

In a few short years I doubt many people will swipe anymore, or to be more accurate, slide their credit card into a chip and pin slot.

Why? Because we’ll use our smartphones instead, or perhaps something more interesting, like a ring, a fitness band, or even a key fob (which is actually kind of an old technology that is resurfacing).

Use Your Fitness Band, Your Car Keys, Your Ring 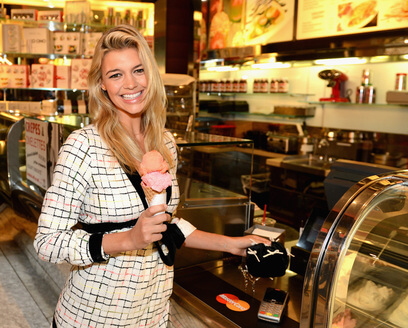 MasterCard announced this week that it’s currently working with several partners to bring payment capability to a variety of consumer products such as fitness bands, car keys, and even jewelry.

Basically, you’ll be able to use a MasterCard app to assign your credit card information to certain devices.

So if you’re going out on a jog and want to buy a smoothie after, you can assign your MasterCard credit card information to your fitness band, then scan it to pay.

If you’re driving to the store and don’t want to bring your wallet, you can use your car keys to scan and pay at the register.

And if you want to be super cool, you can sync your smart ring with your credit card info and scan the ring when you checkout at your favorite shop.

It appears you’ll be able to sync them and then shut them off if you’d like, so if you misplace one the devices you won’t have to worry.

Capital One is apparently already taking part in MDES via its Capital One Wallet, which uses “strong security” to provision and manage payment tokens.

MasterCard expects to roll out these products in 2016 in the United States and later expand to other parts of the world.

While it’s certainly a neat idea, it’s unclear how popular this technology will be seeing that everyone already carries around a smartphone anyway.

But I do see this technology taking off eventually, and maybe in a decade or so we’ll be able to use our fingers to make a purchase instead of carrying anything on us.

This will save credit card companies the trouble of issuing tons of plastic credit cards, which should also benefit the environment seeing that they’re not recyclable.

I for one would be happy to ditch all the archaic plastic payment cards, though you’ll still need to have some payment information for online purchases and so forth.

Chase Freedom cash back calendar:
5% cash back (on up to $1,500 in combined purchases) at grocery stores and on select streaming services.