At first glance, the title of this post may sound a little misleading.

And you might be thinking, hey, I’ve been buying lunch and dinner (and even breakfast) with my credit cards for decades.

But that’s not what I’m talking about. I’m referring to credit card-like tools that actually transform into fork and knife when it comes time to eat.

About a year and a half ago, inventor Iain Sinclair brought us the legendary “Cardsharp,” which is pictured below. 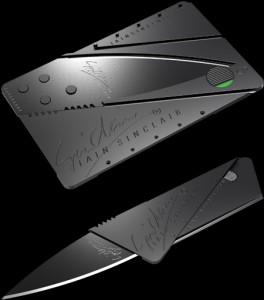 It’s a sort of credit card origami that turns a harmless rectangular piece of metal into a sharp, surgical stainless-steel blade.

While this was all good and well, it still meant that sophisticated human beings couldn’t sit down and have a proper meal using their credit cards.

Sure, you could use another credit card to shovel or transport food with the help of the knife, but that’s a bit rudimentary, don’t you think?

But fret no longer folks. Another designer has come along and brought it all together with his take on so-called “Credit Card Cutlery.”

The man behind the amazing piece of ingenuity is Devon Briggs, and he takes an ordinary credit card and turns it into, you guessed it, a fork.

Instead of using metal, he opted for die-cut biodegradable plastic, which also gives advertisers the capability to print just about anything they want on it.

Check out the photos below to see how the credit card transforms into a fork. It’s pretty darn clever. 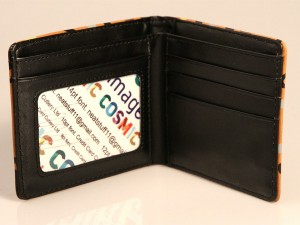 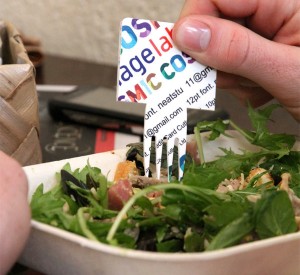 So finally, after much pain and suffering, you can finally sit down to an on-the-go meal without worrying about whether you’ve got cutlery or not.

I certainly remember a time when I had to use tortilla chips to scoop up my Baja Fresh, or other times when I’ve simply had to use my hands, or worse, shake the found down into my mouth from the bowl.

Clearly that wasn’t ideal, so hopefully this will put such issues to rest. Of course, there’s still the issue of the “credit card spoon,” which has yet to be invented.

But it’s probably only a matter of time before someone comes up with that as well. Or better yet, just combines and spoon and fork into the always popular spork.

Interestingly, this all comes at a time when conventional plastic credit cards could be making an exit.

Heck, in a few years, we may not have to carry the plastic around, but instead, point or tap our smartphones to make payments using an app. Go figure.

Also Check Out the Victorinox SwissCard 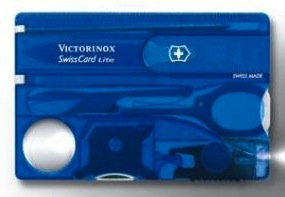 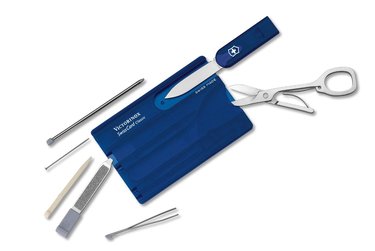 If the simplicity of a fork and knife aren’t enough for you, perhaps you might be interested in the Victorinox SwissCard instead.

It comes from the makers of the world famous Swiss Army Knife, and basically takes all the features you’d find in a standard one and crams it into a credit card-sized version.

As you can see from the photograph above, you get a small knife, scissors, toothpick, nail file, tweezers, and a few other items like a ruler and a protractor.

Not bad for something that can fit in your wallet alongside your credit cards, right?

Or Just Carry an Ax in Your Wallet 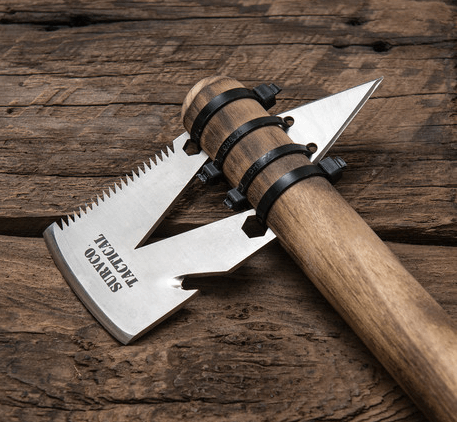 If none of these credit card gadgets work for you, there’s always the “credit card ax” instead.

Yes, you heard that right. You can carry a credit card-sized piece of metal that transforms itself into an ax, which can be used to chop down a tree or hunt your own food (hopefully not).

Of course, you’ll need to provide the wooden handle and something to tether it all together. Still, it’s pretty darn cool, if not a bit frightening.

Tip: Just be mindful when carrying the credit card knife (or ax) in your wallet.  The TSA recently warned travelers that such items would need to be checked or discarded when passing through security at airports.